Tokyo continues to be a metropolis featured by a clear vision of future, founded on technology and on an optimistic outlook of life.  Surely, the project of the Tokyo Sky Tree Tower is an amazing symbol of that. In fact,  it’s  the world’s tallest broadcasting tower , high 634 metres, the second tallest structure in the world after Burj Khalifa in Dubai, high 829.84 metres.  Before the opening of  Sly Tree Tower on 22 May 2012, the famous  Tokyo Tower was the broadcasting tower of the capital but with a height of 333 m it’s not more enough high because of the skyscrapers that surround it. After Fukushima and despite the present crisis, Japan is always on the top as regards Architecture and Urbanism. It sounds as an interesting fact. As regards the structure and the origin of the fascinating name, the tower is made of high-strength steel tubes and is anchored with triangular, walled spikes 330 feet underground like a root of a tree to resist earthquakes and typhoons. A fusion of traditional Japanese beauty and neo-futuristic design. For example  the exterior lattice is painted with a colour officially called “Skytree White”, an original colour based on a bluish white traditional japanese color called aijiro. 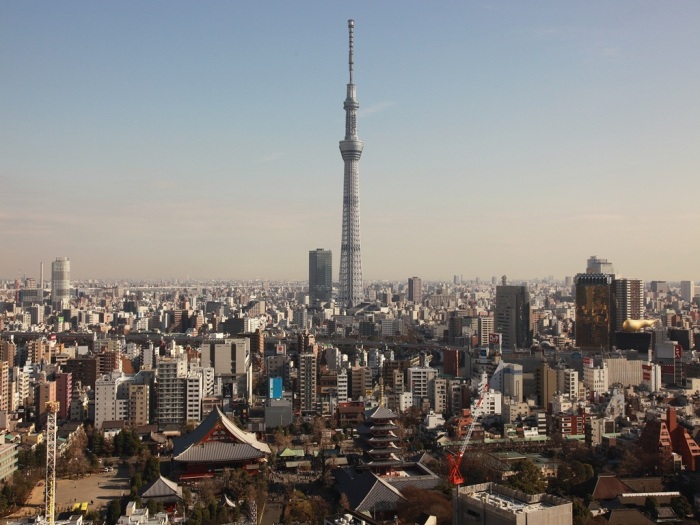