Detroit, the cradle of America’s automobile industry and once the nation’s fourth-most-populous city, filed for bankruptcy on Thursday.  The decision, confirmed by officials after it trickled out in late afternoon news reports, also amounts to the largest municipal bankruptcy filing in American history in terms of debt. “This is a difficult step, but the only viable option to address a problem that has been six decades in the making,” said Gov. Rick Snyder, who authorized the move after a recommendation from the emergency financial manager he had appointed to resolve Detroit’s dire financial situation.   Not everyone agrees how much Detroit owes, but Kevyn D. Orr, the emergency manager, has said the debt is likely to be $18 billion and perhaps as much as $20 billion.  Detroit expanded at a stunning rate in the first half of the 20th century with the arrival of the automobile industry, and then shrank away in recent decades at a similarly remarkable pace. A city of 1.8 million in 1950, it is now home to 700,000 people, as well as to tens of thousands of abandoned buildings, vacant lots and unlit streets. 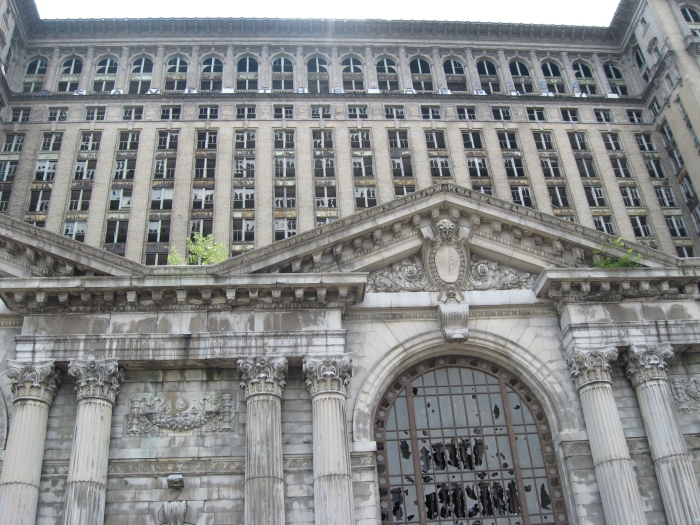 Lafayette building, built in 1923,  under demolition

One thought on “Requiem for Detroit”