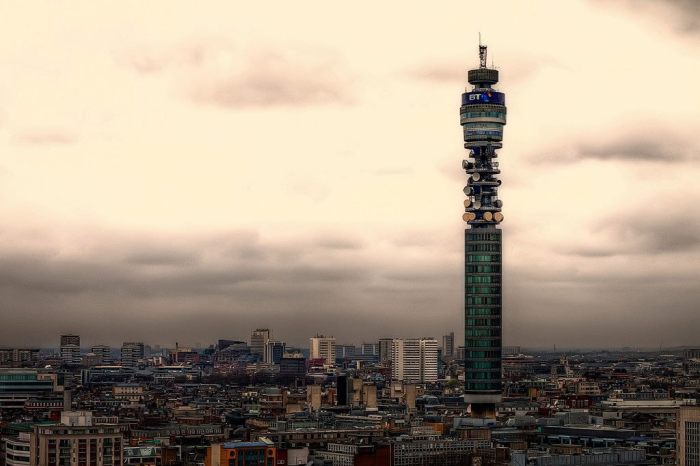 The British Telecom Communication Tower in London’s West End was the first purpose-built tower to transmit high frequency radio waves, and it serves as a functional telecommunications centre designed to relay broadcast, Internet and telephone information around the world. Built to cater for the UK’s growing telecommunications requirements, Telecom Tower was designed by a team led by G R Yeats under the direction of Eric Bedford, chief architect of the Ministry of Public Buildings and Works. The principal building contractors were Peter Lind & Co. The 189m  cylindrical tall tower is made from 13,000 tonnes of concrete, steel and glass, and at the time of opening was the tallest building in London. It remained the tallest building in London until the NatWest Tower in 1981. It’s shape was designed to reduce wind resistance and gave it stability and style. They are mostly circular because the designers noted that the only buildings that survived in Hiroshima and Nagasaki were round, with the shape allowing the enormous blast wave to surge round them.

The first 16 floors of the tower are utility platforms dedicated to radio, ventilation, refrigeration and power units. Above the 16 utility floors is a 35-metre open section stuffed full of microwave antennae, aerials and dishes providing telecommunications transmissions carrying TV, voice and data via microwave radio. Above this telecommunications sector are 6 further floors housing the Presentation and Function Suites, kitchens and more technical facilities. Above that are the lift motors and water tanks and crowning it all is a 40-feet high London Weather Centre radar mast. The 34th floor used to host a Butlins-leased restaurant, built on a 3-metre wide revolving segment which spins through 360º every 22 mins (a speed of 0.17 km/h). In the early hours of October 31, 1971, a bomb exploded on the 31st floor (curiously, no one ever claimed claimed responsibility for hiding the device). No-one was injured in the blast but the physical damage took two years to repair.  BT decided public access to all areas was no longer viable and the restaurant closed in 1980. Entry to the building is provided exclusively by two internal high-speed lifts that travel at six metres a second (22 km/h), taking 30 seconds to reach the top, making Telecom Tower the only building in the country which is allowed to be evacuated by lifts. 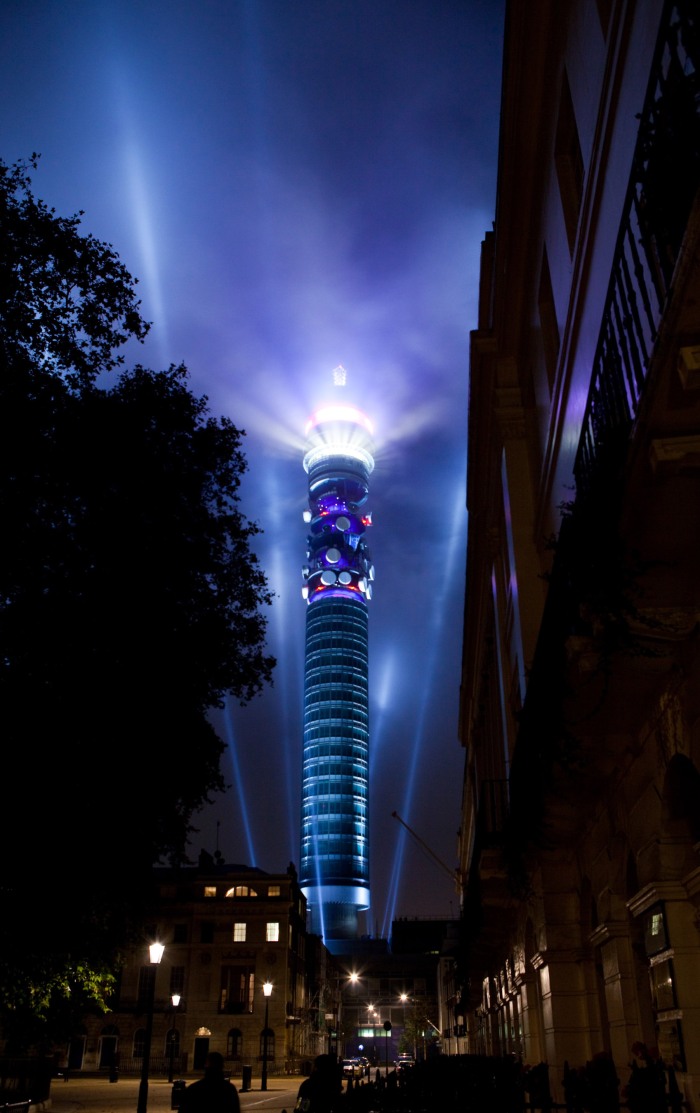 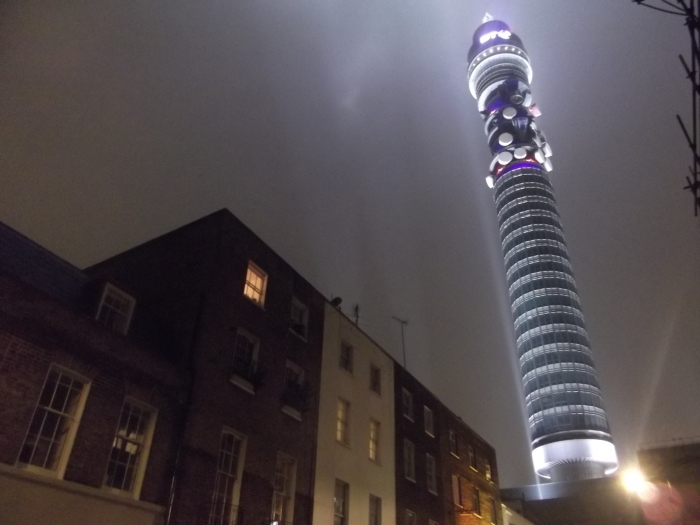